How to Get Noticed on Youtube: 11 Secret Strategies to Be Seen, Shared, and Followed 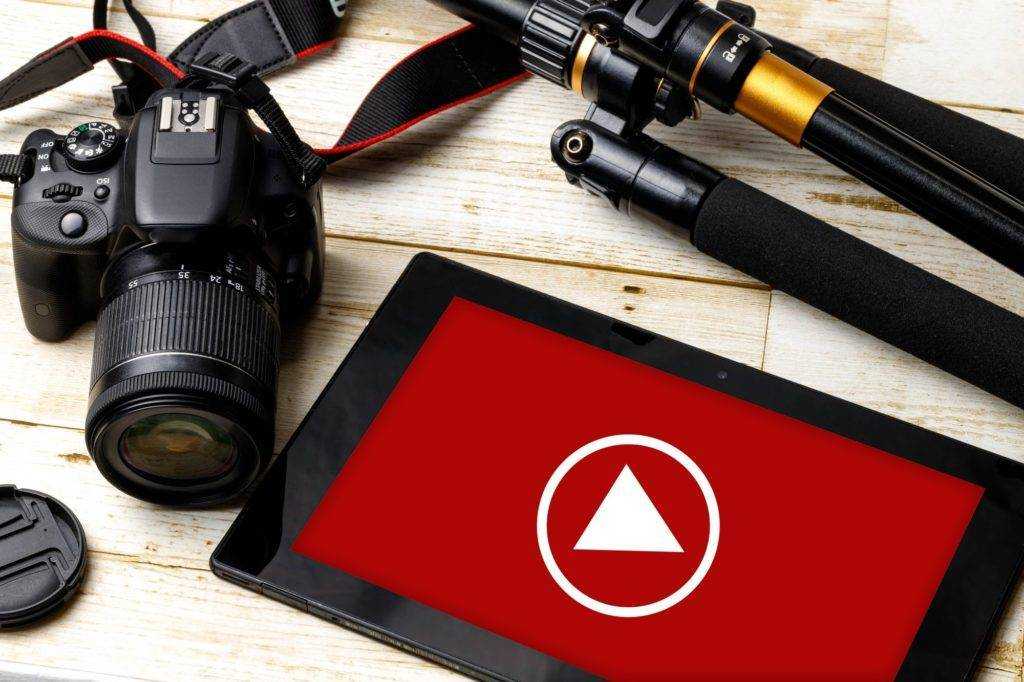 Ready to launch your YouTube presence into the stratosphere?

Top YouTube content creators can bring home millions of dollars a year. But for every PewDiePie, there are hundreds of thousands of creators trying to make it big. The formula for getting shares and follows still eludes many creators. So how can you stand out in that crowd?

It’s all a matter of strategy.

Below, we’re taking a look at 11 secret strategies for creators wondering how to get noticed on YouTube.

YouTube is all about personality. If your brand doesn’t have an identity of its own, then you’ll struggle to stand out from the pack.

You don’t have to launch yourself into full theatricality, but you do need to make enough of an impression that you show potential followers that you’re worth watching.

Personality is one of the elements that will make your videos into something people will want to follow and share. Creators like Drew Gooden bring their unique personality to their channel and aren’t afraid to express opinions.

Even establishing your tone is a vital part of building a YouTube identity. Are you a family-friendly entertainer, for instance? Or a harsh critic lambasting popular media? Both demand a different approach and attract different audiences.

You can’t be all things to everyone. Trying to take the middle road with your tone will leave your channel with a toothless, milquetoast personality. Most viewers will move on to something with more flair.

Let’s say it louder for those in the back: you can’t be all things to everyone.

The catch-all approach to creating content won’t win you permanent fans. Here’s a game of word association you can play: name popular YouTubers and then say the one subject that comes to mind.

If you’re doing it right, you can take your niche even further than that. Did you know “dinosaur gamer” is a niche? TheGamingBeaver covers exactly that and has a subscriber number in the millions. The majority (though not all) of his videos focuses on games with dinosaur and monster themes.

Focus on what makes you passionate. If you’re turning YouTube into a career, then you’re going to spend long hours on this topic. Burnout will only put an early end to your life as a YouTuber. So choose a niche you’re happy to work with almost daily.

Clickbait is a fact of life on Youtube. Sometimes, it seems like you can’t expect to get ahead without indulging in some thumbnail fakes and exaggerated titles.

But the truth is that clickbait can be self-defeating. In the rush to sensationalize your content, you could be choosing temporary mainstream appeal over a dedicated core fanbase.

Not only that, but clickbait has a way of making you look identical to all the other channels operating in the same style. Instead of making you stand out, it can leave you drowning in a sea of similar noise.

Dispense with the clickbait trap by delivering content your audience wants to see. With quality content and strong technical fundamentals, you won’t need to resort to these kinds of tricks to grow your base.

One of the big problems getting noticed on YouTube or anywhere online is the signal-to-noise ratio.

The internet is like a million TV screens all blaring at the same time. It’s a small miracle anytime someone filters out the noise to focus on yours. But achieving that is how you build a following.

The trick is to increase the noise you’re making. You can do that by making sure you’re joining up your online presence.

If you’re using a different username and brand on every social media site, you’re dispersing the noise you’re making. To revisit that TV analogy, it’s like placing five different TVs in separate rooms.

But when you join up your brand and create a single, unified one, those five TVs are all in the same room and saying the same thing. They reinforce and amplify each other.

That makes it easier to track you from one platform to another. It also intensifies the voice you have online.

Dab On the Creators

No one is an island, they say. In the world of YouTube, that saying has some pretty strong backing. Most of YouTube’s top creators aren’t afraid to work together.

Working with another channel may seem like helping the competition, but YouTubers have more to gain from it than they have to lose. Fans often operate in small interest pools of only a few creators. By working with others, you can dip into other pools and attract more fans to you.

Then there are the YouTube groups that have achieved great success over the years — enough to advance their own channels. Supergroups like O2L have left their mark on YouTube, and even smaller collab channels like the recently-ended Super Best Friends show you can build a dedicated fanbase with the right team-up.

What do all of YouTube’s big creators have in common? The answer: a rabidly loyal fanbase.

Love it or hate it, we live in a culture of celebrity. There’s a deep human need to hitch our wagon to someone we look up to as an idol. The most successful YouTube personalities tap into that energy, whether they realize it or not.

That’s why turning your casual fans into true stans is so powerful. You’ll transform your core viewers into a private army of advocates. Your notification squad will be the first people to share your content on Twitter — and even go to bat for you when drama rears its head.

This is the kind of brand ambassadorship that corporate brands spend decades building. But YouTube creators have the advantage of speaking to fans on a more personal level, without business interests getting in the way.

Each time you turn a fan into a stan, you’re giving yourself one little extra scrap of free advertising. Taken alone, that won’t achieve much. But when you add those scraps together, you have a juggernaut of fandom that can snowball to extremes.

Just look at the whole PewDiePie vs T-series showdown. PewDiePie’s fans rallied around him to keep him on top, indulging in extensive promotional campaigns of their own free will, without any reward except seeing their idol remain on top.

There’s no disputing that creators and Youtube’s management often have their differences.

YouTube’s algorithms are often impenetrable. The platform has been accused of valuing a few big names over its many smaller creators and giving too much power to corporate interests.

The looming threat of DMCAs and demonetization are difficult to escape. And yet they can ring the death knell for a small channel.

So, what’s a creator to do?

One of the best moves you can make is to free yourself from dependence on YouTube. If you’re always chasing YouTube money, you’ll find yourself on a treadmill of anxiety. By taking some of your eggs out of that basket, you can take some of the pressure off, leaving you free to work on what you want to do.

The best way to do this is to secure support outside of YouTube. Twitch streams and Patreon pages are both great examples of how you can monetize YouTube through external means. Your loyal fanbase can keep you afloat even when YouTube treads on your channel.

Content creators come from all sorts of backgrounds. That means there are a lot of creators out there who don’t know the basics of getting the technical side of their YouTube house in order.

But these technical gizmos are what will help viewers find you via YouTube’s search algorithms or by a Google search. You need to pay them some attention if you want to stand out. Putting in the extra work will elevate you above similar channels who don’t bother.

If you’re diving deep into the search side of things, you can choose to research keywords to include in your title or description that can help drive traffic.

Any business will tell you the value of positive buzz.

If you’ve experienced even mild success, then don’t be afraid to shout it from the rooftops. Celebrate every success as though you’ve just beat Pewd’s subscriber count!

This creates a positive buzz around your channel. But it also has the psychological effect of reinforcing the commitment of your viewers.

We all love to feel like we’ve taken part in something positive, after all. By celebrating your successes and thanking your fans while you do it, you’re linking their identity with your own.

That makes your fans invested in the success of your channel. They’re more likely to share your videos and even donate if they’re seeing the results of their support.

If someone watches one of your videos, they’ll probably watch more. But YouTube is a distraction-friendly service. Your viewers are as likely to land on other content creators as they are your next video.

There are things you can do to change that. Smart use of your cards, end screen, and playlists can help to keep viewers with you — and only you.

Playlists are a viewer-friendly feature that will keep YouTube’s autoplay working in your favor. There’s no reason not to use them if you’re putting together a series of videos.

But you can also use them to group together the videos you have under a certain topic. Even when your videos don’t form a linear series, this will keep viewers moving from one of your videos to the next.

Your cards can serve a similar purpose. Throw a few in where you expect viewers to jump off your video and you can direct them to other content you’ve produced. Choosing subjects that are adjacent to your current video will create a natural segue.

If a viewer does watch through your whole video, you should reward them with easy access to more of your stuff. Use your end screen to display some of your best work to keep them hooked.

All of these techniques don’t displace some of the oldest in media, which can still be effective in the new media world. We’re talking about riding the headlines to soak up the people who are following a trending topic.

Chasing headlines for the sake of it won’t get you very far, of course. You’ll still need to keep in mind your niche and the interests of your fans. But every niche has its own trending, often divisive topics.

And if you’re smart, you can turn even a tangential headline into content for your next video to help you get noticed on YouTube.

Riding the headlines will put you in the discussion on trending topics, which can give your videos a popularity boost. Controversial headlines have a special appeal, as viewers on both sides of the issue will still watch your video. Hate views are still views, after all!

It may not turn out as dramatic as that, of course, but even a little extra attention can help to grow your channel.

These 11 secret strategies are the solution for those wondering how to get noticed on YouTube. With these, your channel can reach new heights and bring in new audiences. Once your views begin to snowball, you’re on the path to success.

An Error Was Encountered

Enter the URL of any landing page or blog article and see how optimized it is for one keyword or phrase. 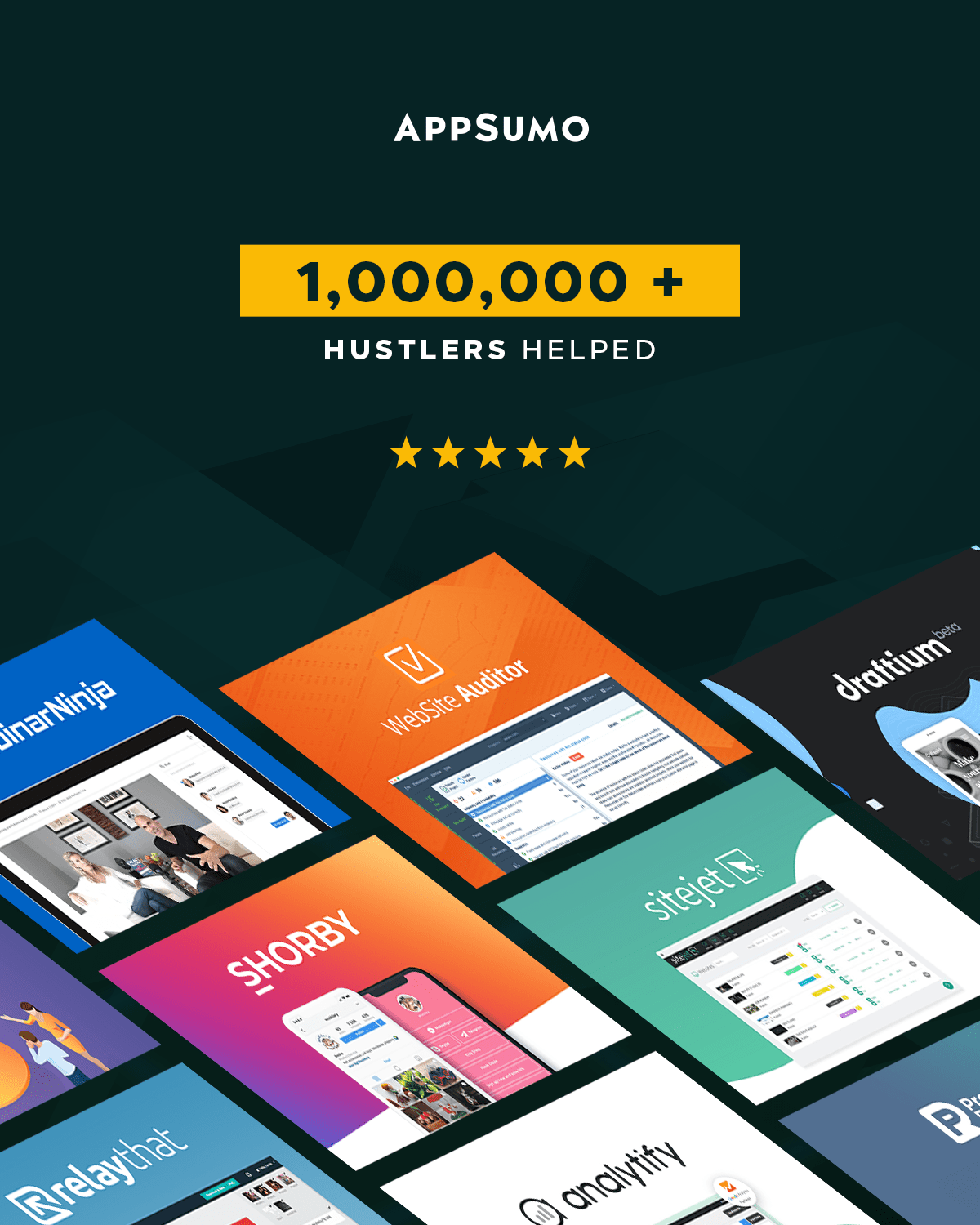